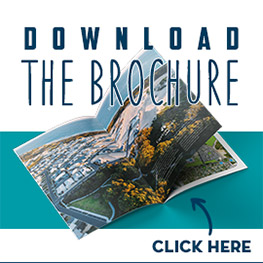 Yanchep author Barbara Yates Rothwell will hold a book launch and sale in Wanneroo this month.

The 87-year-old said the event would highlight three books she published this year, two of which she wrote last century.

Yates Rothwell published one of the novels, Through a Brick Wall Darkly, in early 2016.

The fictional story is about a woman who was adopted as a baby searching for her birth mother, and the author said the initial idea stemmed from her daughter adopting children 20 years ago.

“It suddenly occurred to me how many people are affected by an adoption,” she said.

“Taking on somebody else’s child when you don’t know anything much about the parents; there are a lot of challenges and hiccups along the way.

“In my daughter’s case, it was incredibly successful.”

The other two books, Death at the Festival and Death at Titipu, are murder novels Yates Rothwell wrote about 25 years ago.

“It’s very lightweight despite it being murder,” she said.

“Death in Titipu is the 13th book that I’ve published – so that’s not bad.

“I was looking through all my leftover things – I picked this up and read it and chuckled.

“Because it was 25 years ago, it was as if someone else had written it.

“I thought ‘it’s worth publishing’.”

The writer is also working with a group of actors to stage a play she wrote almost three decades ago, called What the Dickens.

“The story takes place in a large chamber which is the entry room to eternity,” she said.

The launch will take place at Wanneroo Library and Cultural Centre (Rocca Way) on Tuesday, November 29, from 2pm.

Original article and image courtesy of the North Coast Times available at http://www.communitynews.com.au/north-coast-times/news/barbara-yates-rot…